In a unique and special setting, surrounded by fields and the scent of the land, is the Mollà Cottage. Located in Cortals d’Encamp, Andorra, less than 5 minutes of the cable car Funicamp, the faster access to the ski area of Grandvalira

Its structure, clean and unadorned, seems a part of the surroundings and recalls the fundamental role that it had when this was land which paid vassalage to farmers and stock-raisers. The structure still has, as unchanging evidence of that time, the gajals, the openings below the ridge roof which every morning are touched by the slanting rays of light. 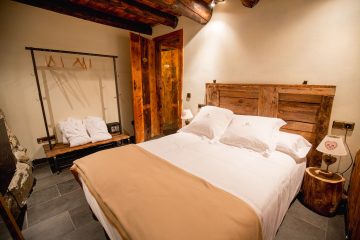 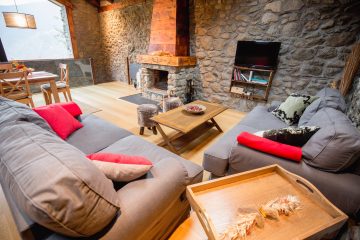 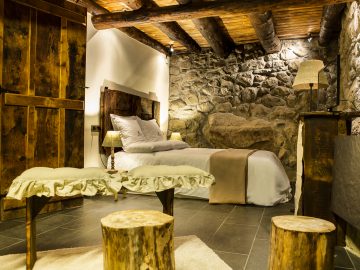 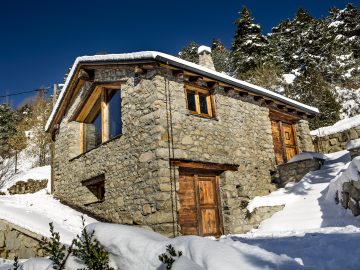 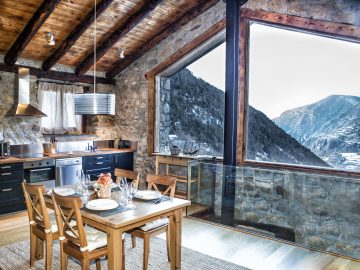 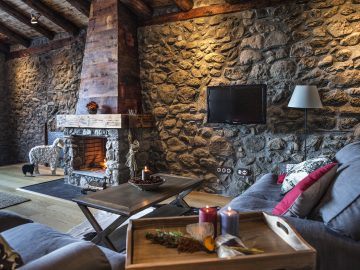 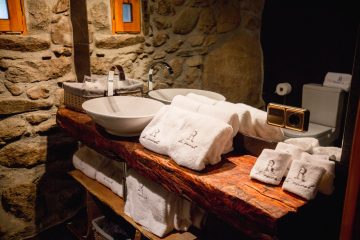 Are you a nature and mountain lover?
BOOK NOW!

The cottage is located next to the old road of Els Cortals, formerly used to guide the cattle, when the snow began to melt, from Encamp to the high mountain pastures. It remained there until the end of October, when it was returned to the town to celebrate the livestock fair.

A HISTORY THAT DATES FROM THE BEGINNING OF THE 19TH CENTURY

The Mollà cottage dates from 1800. It belonged to the owners of Cal Tribada in Encamp until, around 1900, it passed into the hands of Pere Torres Riba, together with its surrounding land.

The original structure was that of a modest hut with a ridge roof, divided into two rooms: the threshing floor, for drying the rye, and the shed, where the cattle sheltered.

The cottage is located beside the old road from Els Cortals, used in the old days to drive the cattle from Encamp, when the snow began to melt, up to the high mountain pastures.

They stayed up there until the end of October, when they came back down to the village for the cattle fair.

For years, the cottage land was used for crops of rye, which was then dried on the threshing floor, in the form of ridged stacks (piles of ten to sixteen sheaves), in order to make black bread.

Around November, they would load the mare with the rye, after beating it with the wooden thresher to separate the grain from the straw, and it was taken to the Mill where the rye was milled into flour to make bread or to fatten the cattle. 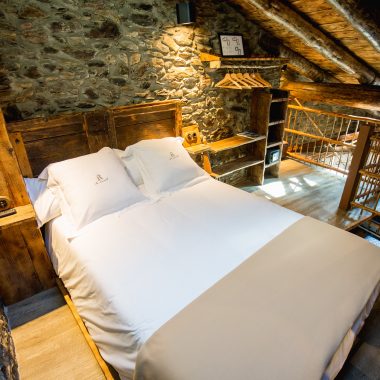 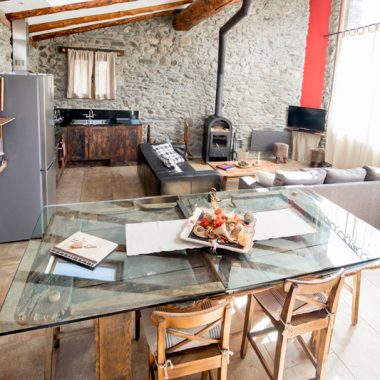 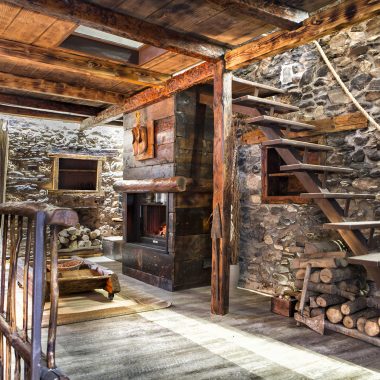